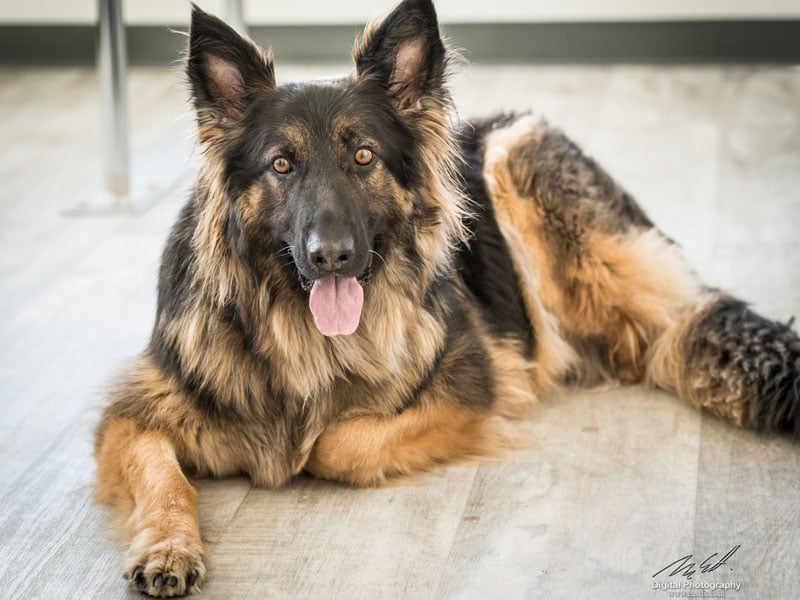 Jack is a five-year-old, king-sized shepherd mix who lost a leg when he was caught in a trap near Thunder Bay. His owner abandoned him — leaving him chained and alone to starve to death. He was rescued by the local Humane Society and brought to the attention of V2innovations by a Kingston veterinarian who was in the area for a spay and neuter clinic. Dr. Lisa van der Wilp contacted V2innovations to ask whether we could build a prosthetic leg for Jack. The answer was an immediate yes and Jack was driven across Ontario to the clinic.

We fell in love with him right away and of course, we couldn’t just send him off after he was fitted with his first prosthesis. At first, he was going to stay for a weekend, so that everything could be checked. The weekend became a week, then two. Now, he is the clinic dog with the official job title of Happiness Director. Jack has had a whole new lease on life since we fitted him with a custom prosthesis. He has full mobility, a great job spreading goodwill and the security of a loving home for the rest of his life.

People who come to the west end clinic meet Jack and just adore him. The amount of hope human amputees feel from seeing him is phenomenal, and he takes his job very seriously!